Ebola’s Deadly Advance in Liberia: Please Help Us Help Them0 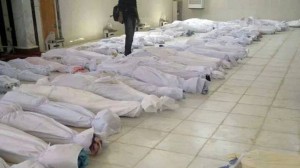 It seems that the world is finally not just taking notice but responding to the extreme needs for medical intervention in West Africa to combat the Ebola crisis. The Gates Foundation has pledged its largest relief donation ever – $50 million, and another foundation donated $15 million last week; Direct Relief has sent 11 shipments with 100 tons and millions of dollars worth of protective gear, gloves, and medicines, and the US government has announced plans to invest around a billion dollars to help in the battle, which will include setting up 17 Ebola treatment centers and a medical center/training center in Liberia.

But beyond funds and infrastructure, people on the ground are critically needed. It was encouraging to learn that Paul Farmer’s renowned health organization, Partners in Health, is now mobilizing and sending medical professionals to Liberia. Since the outbreak, Doctors Without Borders has sent over 2,000 of its staffers to West Africa, many of whom are in Liberia; sadly, just a few days ago one of these brave workers became infected with Ebola virus. The risks are very high, but thankfully there are those who are going. And there are many brave Liberians who are helping one another; here is a link to an article and powerful video about a few who are doing one of the most perilous tasks, retrieving the dead for burial.

Compassion Corps is privileged to be working with some brave Liberian partners, who are, with very limited resources, waging war on Ebola in their communities. While almost all hospitals and clinics have closed, Ruth Swallie, a nurse mid-wife, and her medical team at Healthline Clinic in a suburb of Monrovia, have chosen to keep their clinic open to help safely deliver babies and to care for the sick, despite the real threat of contracting the Ebola virus. They are trusting in God to protect them while taking all precautions, but doing so with makeshift supplies. Note this photo of Ruth, below, dressed in a raincoat, protective glasses, and rubber gloves, caring for an infant whom she had just delivered. In the other photo, note one of the staff disinfecting her raincoat in the hallway as Ruth removes her inner gloves. 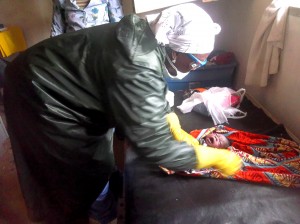 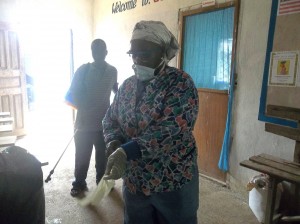 Ruth continues to carry on with the work while her husband, Rev. Tage Swallie, remains here in the US, trying to raise enough money to ship a 40’ container of $100,000 worth of donated medicines, hospital beds, and equipment back to their clinic. Concern for his wife, his staff and for their community understandably makes him eager to get the shipment over there to help them more safely and effectively address the crisis.

Pastor Arthur Wehyee’s Community Action Against Ebola team of 16 volunteers continues to spread awareness and prevention throughout Nimba and adjacent counties, however the public, for the most part, remains in denial. Seven more were buried in his hometown of Ganta last week with 11 more still scheduled to be buried, while four more were taken on an uncomfortable, 8-hour drive on seriously bad roads to get them to an Ebola Treatment Center in Monrovia. Many more have been quarantined in Ganta. Unfortunately, there is very little food, water, or essentials in the quarantine centers. Arthur wrote of some of the struggles they face: “…the war against ebola is far from over but at the same time, the Lord is winning people to himself through the awareness. The fight is far from over because some individuals continue to escape from going to the hospital while others are still in the denial stage….” And just as this update was being posted, we learned from Arthur that a woman who lives in his own family compound, a young mother of 4, died suddenly during the night, so now all of her family and possibly Arthur’s large family may need to be quarantined, if the deceased woman’s blood test proves it to be an Ebola-related death. Please pray for protection for Arthur, Deborah, & their children, as well as for the grieving young family, pictured here: 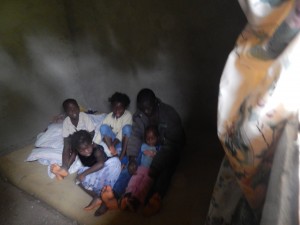 Some heartbreaking photographs have been taken in Monrovia by journalist, John Moore, that help us to get a better handle on the fight that our partners are facing.

Pastor John Ndorbor, ministering to our partners as our Liberia Country Representative in Monrovia, has been busy with caring physically and spiritually for his own impoverished community throughout this crisis, but he sends us updates every few days. He has kept a watchful eye for us on Martha and her 69 orphan children, who are all still safe in White Plains, but struggling with hunger as they have had no income since the closing of their community school has meant no tuition payments. Thanks to you, our donors, and your generous gifts, he was just able to deliver them a quantity of rice, oil, and nutritional staples. Despite impassable roads for the vehicle, Martha sent her young men on foot to meet John so they could hand carry the bags back to their home. John wrote: “It was a scene of happiness on the faces of those who came for the rice, and all of them asked me to convey their thanks and appreciation to you and everyone at CC.” 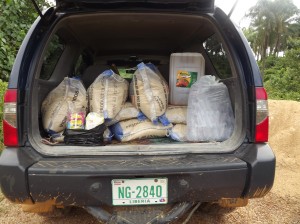 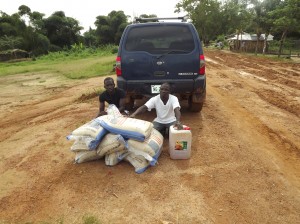 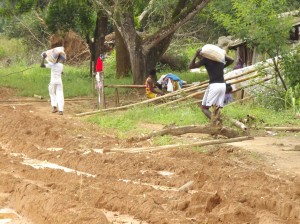 One online journal commented that international governments need to “take the lead” in this Ebola crisis, but urged nonprofit organizations to work along with governments. The article quotes Thomas Tighe, CEO of Direct Relief: “Those big wheels of government — they turn slowly,” he says. “Nonprofits are sort of the smaller wheels that turn faster.”

Compassions Corps is turning our small wheels as fast as they can go! But we need to raise funds so that Pastor Tage can ship his container to Liberia and get his clinic better equipped so that his family and staff can be safe. Please send what you can to help us with this shipment, and also to provide food and supplies not only for Martha, but for the Valentine orphanage, for several schools, and for our partners’ community outreach/prevention work.

Please pray for our Liberian partners, and please help us to help them fight the spread of Ebola.

To give, click on the “Give” tab on our website homepage, and then go to the “Where Most Needed Tab.” Indicate in the comments section that you would like your gift to go toward the “Ebola Crisis.”  You could also send a check to Compassion Corps, PO Box 103, Chester Heights, PA, 19017, if you would prefer.

Please also share this need with your work colleagues, family members, at church, and on social media so that others can know how they can also help. Together, we can make a real difference for so many.