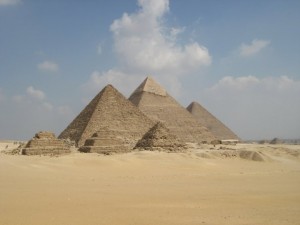 Home of the ancient Egyptian civilization, Egypt is located in northeastern Africa.  The country is a very popular tourist destination with its pyramids, hieroglyphs, temples, statues, and the famous Valley of the Kings.  The Nile River invites the traveler to bask in its vastness and many enjoy vacations at Red Sea beach resorts.

One of the greatest civilizations in the world grew out of Egypt and lasted for nearly 3,000 years.  After its fall, Egypt was ruled by the Romans, Greeks, and Turks before being taken over from Britain for a time, finally becoming its own republic after World War II.  Egypt is predominantly Muslim, with a large Christian minority made up primarily of the Coptic Orthodox Church.

It is amidst the complex challenge of cherishing ancient culture while enabling progressive development that CC has come to partner with a seasoned and influential agency which is involved throughout all of  North Africa and the Middle East.  CC seeks to aid their efforts through scholarships that will allow young women to gain leadership training which they can implement in their own countries.  Retreats and training conferences are offered by our hard-working Egyptian partners in various places throughout North Africa and are not only invaluable to these women but to the thousands of others whom their lives can impact.