A Little About Lori

My name is Lori Sheppard. I have been working as a pediatric physical therapist for 16 years. Like all PT’s, I am trained to work in any area of the field, but I never hesitated to go into pediatrics. 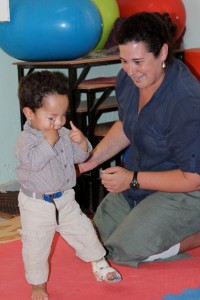 I get to play with babies, make obstacle courses, and sing silly songs. And I even get paid to do it. I lived and worked in Maryland for the first 11 years of my career. I have been in PA for the last 5 years. In my spare time, I enjoy spending my time with my family and friends (near and far), involvement in my church, and slowly nurturing my photography hobby-turned-side-job.

How did I come to be a part of Compassion Corps? It started with a phone conversation about a trip that was being planned for 2011. “We are looking for a pediatric Physical Therapist”. (Gulp) “We’ve already bought a ticket on faith that someone would step up.” (Gulp. Gulp.) As a pediatric PT, I had long hoped to go to Africa – to work with children in my field (and to maybe take some fun photographs…). Any attempts on my part to pursue this never materialized. But here, out of the blue, an opportunity was given….

I first journeyed to Morocco in July of 2011. The plans for our little team included painting a mural, teaching handcrafts to women, assisting with computer skills/teaching, and getting to treat children/train caregivers in a center for children with special needs. Our timing was less than optimal, and several of our plans ended up never coming to fruition. However – there 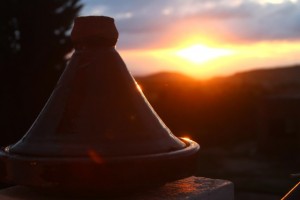 was no doubt that everything that happened was just as it should have been. Contacts were made; relationships were formed and nurtured. A plan to return was already set in my mind before we left the country at the end of that 2-week trip.

We returned in April of 2013; a bigger team, consisting of old friends and new faces. Plans were made for more of the same activities, and a longer stay for me in the children’s center. I was blessed to be there for a full week – to treat children, train the caregivers (parents and center staff). Day 2 (before we ever got to the center) found me daydreaming as we drove, wondering what it might look like to take a short leave of absence and be in the country longer. This is not something I could attribute to an adventurous spirit (I’m a chicken), and so I resolved to keep my eyes, ears, and heart open to what might lie before me on this trip. There was a lot…and it clearly led me down a path toward that leave of absence from my job.

This September, I will be returning to Morocco for 10 weeks of traveling around the country to support, train, and treat in centers for children (and one for adults). This is an opportunity to use the gifts and talents with which I have been blessed, in accordance with my faith. I will be coming alongside people who have invested their lives for others in need, and to help give credibility to their work in the eyes of those in their communities. And, I’ll probably take a few more photos….