So many of you – our wonderful supporters and those who are invested in the work of Compassion Corps – have given generously and prayed faithfully for the current building project that is taking place in White Plains, Liberia. We want to take this opportunity to thank you! If you are unfamiliar with this project, you can read more details about the purpose of the building work and get to know the story of Martha and her children by checking out this video.

If you follow Compassion Corps on social media, then you probably have seen some project photos posted as updates for you over these past few months. (By the way, if you aren’t following us on social media, then don’t wait any longer! Get reports and stay up to date by connecting with us via FB, Twitter, Linkedin, etc.) We’d like to use this blog to update you on the most recent report as of today… 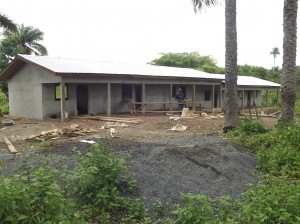 To date, the first large dormitory which will house all of the boys is almost completed! Thanks to the hard work of Pastor Martin Valentine and his crew of workmen, the mud brick walls were built and then plastered with concrete inside and out, high quality metal (zinc) roofing was added, ceilings were hung, doors and glass windows are being installed, and a concrete floor is currently being poured into place.

Meanwhile, a second work crew, headed up by Pastor John Ndorbor’s personal colleagues, Mencer & George, has moved swiftly to construct the first of the two dormitories for the girls. Their building had to be made with concrete blocks, as the unusually heavy rains this spring would not allow continued use of the less expensive mud bricks. As of this report, walls have been plastered, roofing has been attached, and doors and windows will soon be added. 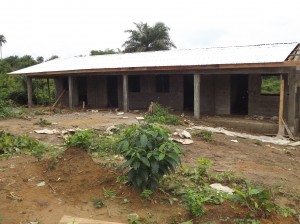 Due to Pastor John’s tireless efforts in supervising both work crews and delivering a constant stream of needed supplies, the work is on target for Martha and the children’s move out of their temporary lodging at the Methodist Retreat Center by mid-July. However, still lacking the third dormitory, Martha will have to double up the girls or have some of them stay in their old quarters until the other girls’ dorm can be built in January. Work will resume during the dry season when transport is much easier and mud bricks can again be used.

A significant amount of donations still will need to be raised to fund the construction of the second girls’ dorm, the cottage for Martha, the kitchen, and the central “Palava Hut” where they all can gather for meals and meetings. Plumbing and electrical work also needs to be installed in current and additional structures. 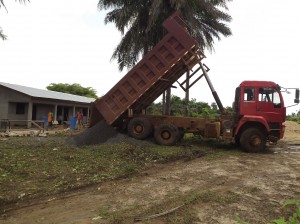 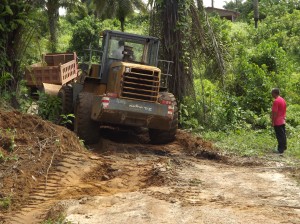 PROVISION COMES IN MANY FORMS

The nature of Compassion Corps’ work is such that we interact directly with indigenous leaders and commit to helping them fulfill needs and find solutions for the communities where they serve. In fact, our organization is built on the foundational principle of partnership. Our commitments to our African partners vary from providing occasional support and resourcing to taking on entire building projects on their behalf. In Martha’s case, we felt called to help her find a solution for the housing dilemma in which she and her 68 kids found themselves this past year.

Whenever we take on a project of this magnitude, we know that it will require a major leap of faith. Building a long-term living facility for a family consisting of over 70 people is no small feat. And doing it during the rainy season in Liberia is an even bigger accomplishment. But we would not have been able to lay even one brick had it not been for the generous support of so many of you who have given.

THANK YOU TO ALL WHO HAVE GIVEN TOWARD THIS PROJECT!

We are always amazed at the generous and creative ways that people give! From a few large checks that helped to cover significant portions of the project and an unexpected gift of roofing material donated by another organization, to the children in US schools who brought in change and ran laps to raise money for Martha and her kids…we are grateful and astounded once again at how God provides in wonderful ways. 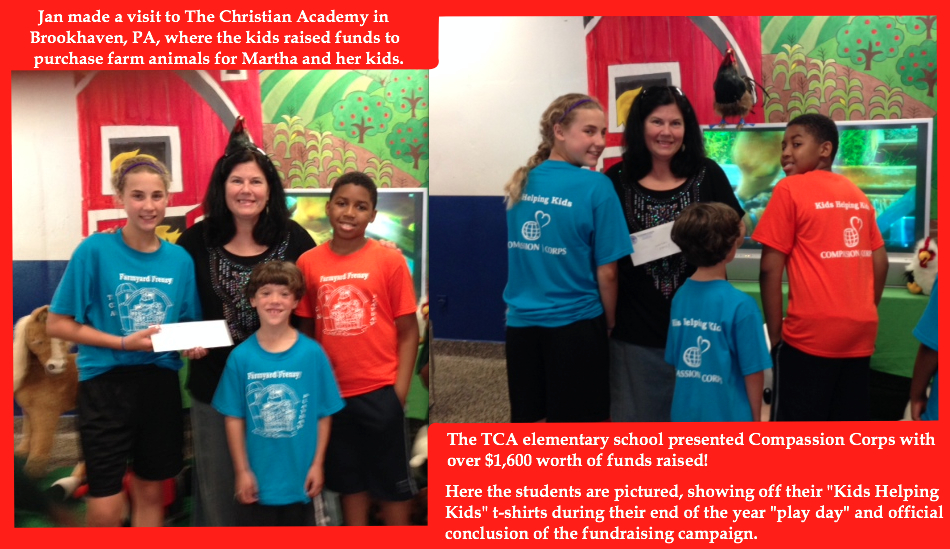 Read more about the story depicted above and ask us how your school, church or community group can help! Thanks again to the very generous students, parents and teachers at TCA, who helped make this fundraising effort a great success! Martha and her kids will be blessed because of you.