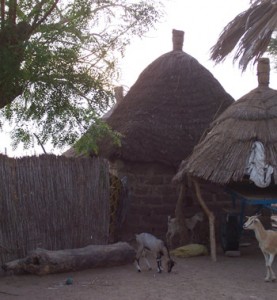 Located in the westernmost part of Africa, Senegal is a hub of tourism with its beaches that touch the Atlantic Ocean, its deserts to the north and its forests to the south. Senegal is known for its music, its hospitality, and its bustling nightlife especially in its capital city of Dakar.

Originally a part of the empire of Ghana in the 8th century, Senegal was controlled by France in the 19th century and became its own republic in 1960. While there is freedom of religion in Senegal, close to 90% of its population practices Islam or a form of folk Islam. Among the many indigenous tribal peoples in Senegal, two major groups are the Serer and the Wolof peoples.

Compassion Corps has partnered with several agencies to help further their efforts to be a blessing to Wolof, Serer, Pular and other tribal peoples in and around the cities of Dakar and Thies. Our partners are working to help orphans and impoverished children, especially the street boys known as the Talibe, who are at great risk. Initiatives which provide specific help for women such as literacy, micro-credit, and vocational training classes, are a strategic part of CC’s work in the region. We are also promoting village and project adoptions which can facilitate economic development efforts for peoples in real need of pure water, dependable harvests, accessible health care, and schools for their children.

Short-term teams spend time at beautiful yet haunting Goree Island where thousands of slaves were sent through the “door of no return” on their way to the Americas. How refreshing to gather for tea under a village “hospitality” tree, to teach village children to play, to sleep in tents while listening to the women pounding their millet in the early morning hours or to watch them bustling about carrying water and firewood on their heads. What a privilege to assist our partners in bringing relief and hope to so many in the sands of Senegal!